Ethiopia and the European Union (EU) held their annual political dialogue today (May 06) in Addis Ababa as per Article 8 of the Cotonou Partnership Agreement between the EU and African, Caribbean, and the Pacific States.
The two sides deliberated issues of mutual interest, including humanitarian and accountability measures taken concerning the conflict in northern Ethiopia and the EU-Ethiopia relations, taking various socio-economic matters into consideration.
Deputy Prime Minister and Foreign Minister H.E. Demeke Mekonnen led the Ethiopian delegation and the EU Ambassador to Ethiopia, H.E. Roland Kobia chaired the meeting representing the EU side.
In his opening remarks, Mr. Demeke presented an overview of the various confidence-building measures that the Government of Ethiopia has been undertaking to end the conflict in the north and ensure lasting peace in the country.
He mentioned, among others, the declaration of the humanitarian truce which paved unimpeded access to humanitarian support, the support of the peace initiatives of Olusegun Obasanjo as High Representative for the Horn of Africa, and the proposed all-inclusive national dialogue.
As part of the Ethiopian delegation, the Minister of Justice, H.E. Dr. Gedion Timotheos spoke on accountability measures taken by the government to address concerns over human rights abuses, including extrajudicial killings and Gender-based violations committed by all parties during the conflict in the north.
In this regard, he walked the audience through the formation of the inter-ministerial task force to investigate atrocities, the UN-EHRC joint investigation and efforts made to implement the recommendations, as well as the ongoing and scheduled prosecution of the perpetrators.
Commissioner for the National Disaster Risk Management Commission of Ethiopia, H.E. Mitiku Kassa explained the steps taken so far to ensure unimpeded humanitarian support to the Tigray region citing improved procedures related to visa issuance, reduction of checkpoints, and increment in the amount of cash humanitarian operators are allowed to carry while operating in the region, among others.
Thanking humanitarian partners for the support they rendered to the drought and conflict-affected people in Ethiopia, he stressed the need to expand the support base in many parts of the country, including Amhara and Afar, and give proper attention to long-term development and rehabilitation efforts.
Speaking at the event, the European Union Ambassador to Ethiopia, Roland Kobia said the dialogue is timely for both parties given the challenging situations they have faced now, mentioning the conflict and drought in Ethiopia and the Russia-Ukraine conflict in Europe.
Discussing the Russia and Ukraine issue, diplomats of the European Union stressed the violation of the UN charter due to the actions of Russia, while the Ethiopian side reiterated the country’s position, which calls upon both Russia and Ukraine to peacefully solve their problem through negotiation.
Aside from humanitarian issues and accountability measures for alleged human rights violations, the dialogue also covered situations about the business landscape in Ethiopia from the perspective of European investors stressing predictability and peace for building a thriving economy.
The representatives of the European Union also appreciated the peacebuilding measures of the government of Ethiopia and its commitments to come up with amicable solutions to the border conflict between Ethiopia and Sudan and the trilateral negotiations over the GERD.
Both parties appreciated the opportunity that the Political Dialogue offered them to genuinely reflect on pivotal issues of common interest exchanging wishes to meet in the next round with pledges to strengthen the strategic partnership between the two sides.
source:The Ministry of Foreign Affairs of Ethiopia 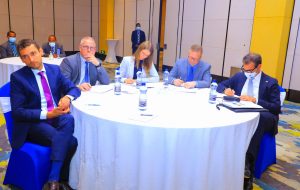 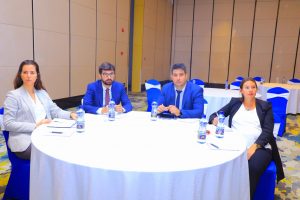 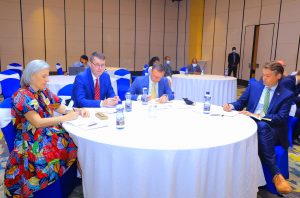 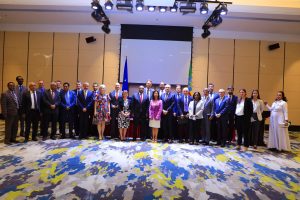 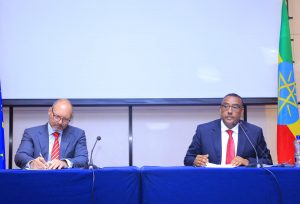 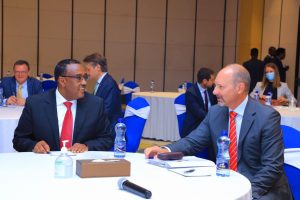 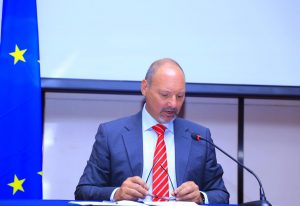 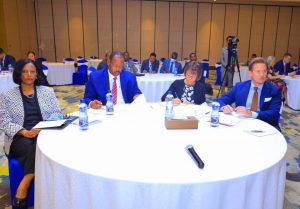 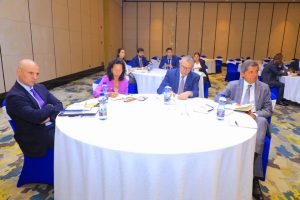 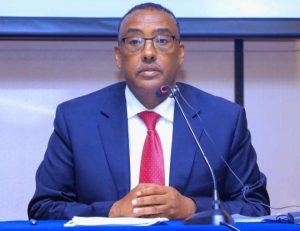 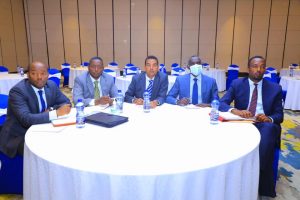 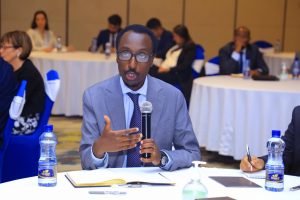 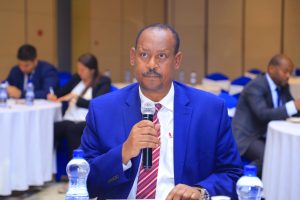 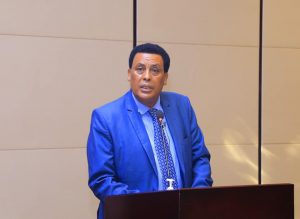 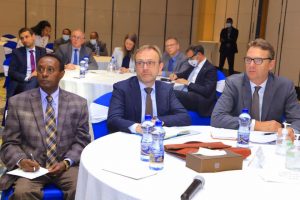