Ethiopian Embassy in Berlin celebrated the 126th anniversary of the Victory of Adwa on April 3, 2022 by webinar in the presence of Dean of African Ambassadors’ Group in Berlin ,Ethiopia’s Honorary Consuls in Germany, Republic of Poland and Slovak Republic; Representatives from Ethiopian Community and Friendship Associations, Think Tanks , etc.,
The Webinar was graced by the Presence and inspiring key note speeches from Her Excellency Ambassador Mulu Solomon Bezuneh, Special Envoy Ambassador Extraordinary and Plenipotentiary of the Federal Democratic Republic of Ethiopia to the Federal Republic of Germany; covering Czech Republic, Republic of Poland, Slovak Republic, Ukraine, and temporarily covering Sweden, Denmark, Finland and Norway; and wonderful and spirit lifting
key note speech of His Excellency Ambassador Mohamed Mahmoud Ould BRAHIM KHLIL, Dean of African Ambassadors Group in Berlin and Ambassador Extraordinary and Plenipotentiary of the Islamic Republic of Mauritania to the Federal Republic of Germany;
What makes the celebration more colourful, graceful, informative and inspirational was the three speakers. His Excellency Ambassador Tesfaye Yilma, Permanent Representative of F.D.R. of Ethiopia to the AU and UNECA. Dr. Ewa Wolk-Sore, University of Warsaw, Department of African Languages and Cultures and Dr. Tsegaye Degneh, Economist, Diversity Manager at Mercedes-Benz.
On the occasion, Ambassador Mulu Solomon Bezuneh, briefly highlighted the History of the battle of ADWA and its significant contribution to the struggle and freedom of other African people and beyond.
In his key note speech H.E. Ambassador Mohamed Mahmoud Ould Brahim Khlil noted that it is 126 years now from the battle of Adwa. Even though confrontations have reduced significantly, but, injustice and inequalities still remain. H.E. the dean also noted that the battle of Adwa has made Ethiopia a beacon of freedom and struggle of independence leading to Pan-African struggles under enlightened leaders such as Kwame Nkrumah and Jomo Kenyata.
The presentation on ADWA by H.E. Ambassador Tesfaye Yilma took the thought of the audience 126 years back to think about how the government and the people of Ethiopia made it possible to fulfil the logistics and to mobilize more than hundred thousand people in the absence of telephone and cars. How it was possible that the people were united in spite of their difference in ethnicity, language and religion. He left the audience with curiosity recommending for further research.
In her keynote speech Dr. Ewa Woulk-Sore on her part highlighted that new interpretation of the battle of Adwa by Ethiopian and Western scholars underline its global importance. Dr. Tsegaye Degneh, on his part underlined the importance to unite in the spirit of the victory of Adwa and focus on the bigger picture for our country.
In the Interactive session afterward, participants raised the importance of inculcating the battle of Adwa in the curriculum of the country and also the fact that the victory of ADWA remains to be a victory not only for Africans,but for all, the people of the world to fight against injustice and subjugation. 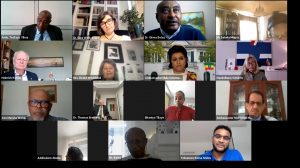 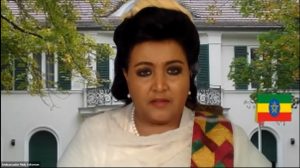 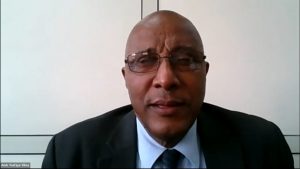