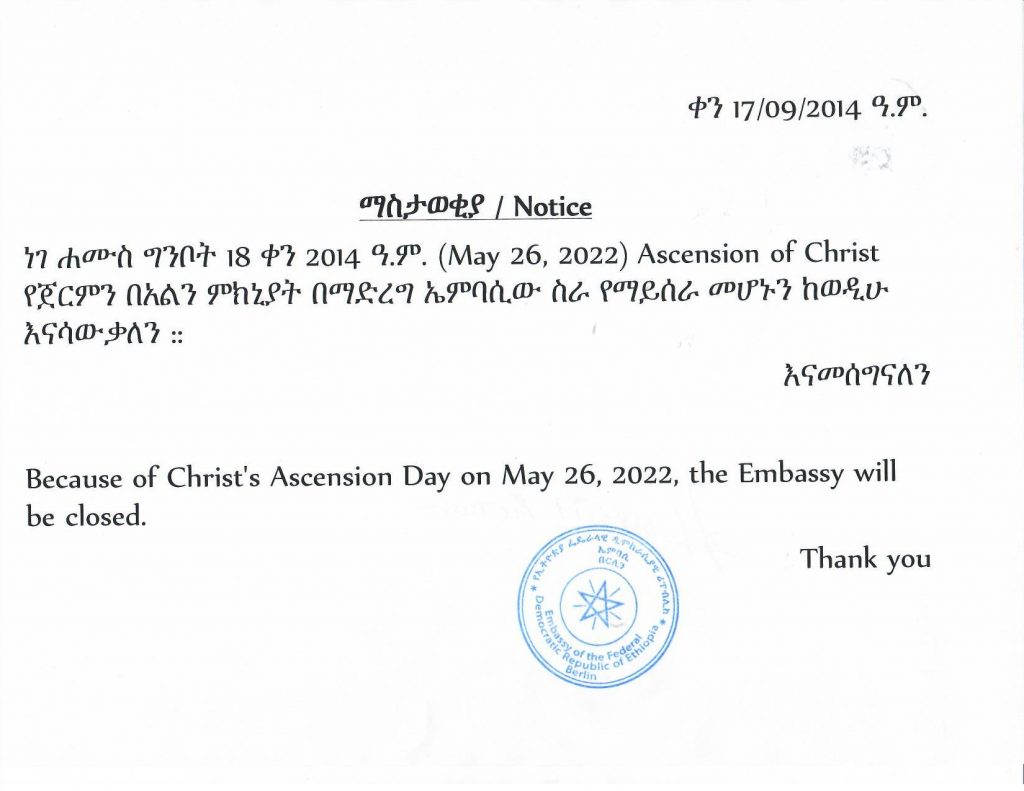 A webinar organized by Group of African Ambassador’s in Berlin with the title “Climate Change and Consequences on food security in Africa” was conducted successfully on May 23, 2022 with the attendance of about 100 participants from the German Government, Parliament, Think Tanks, Academic and all African Ambassadors in Berlin. Ethiopia as Chair of the Conference organizing team has played an important and visible role in the facilitation and realization of the conference along with coordinators of the Conference: Embassy of Algeria and Chad in cooperation with Afrika-Verein e.V. (The German-African Business Association).
Distinguished guests include Her Excellency Ambassador Josefa Leonel Correia Sacko, Commissioner for Agriculture, Rural Development, Blue Economy and sustainable Environment (ARBE) –Africa Union, H.E. Ambassador Brahim Khlil the Dean of African Ambassadors in Berlin, H.E. Dr. Habtamu Itefa, the Water and Energy Minister of Ethiopia graced the event with their presence and insightful speeches Presentations were made by Experts from Addis Ababa Science and Technology University; United Nation’s Centre for Environment and Development for the Arab Region (CEDARE); International Fund for Agricultural Development – IFAD and Food and Agricultural Research and Extension Institute (FAREI) of Mauritius.
H.E. Dr. Habtamu on his part noted that Climate Change is affecting the entire horn of Africa where people were displaced and domestic animals’ live is lost. The Minister underscored that in mitigating climate change water is the backbone. H.E Dr. Habtamu highlighted the importance of supplementing rain-fed agriculture to ensure sustainable food production and realize food self-sufficiency. To this effect, the Minister shared Ethiopia’s experience in the effort to mitigate climate change including the plantation of 20 billion seedling of trees in the past three years, based on H.E. Prime Minister Dr. Abiy Ahmed’s green legacy initiative. H.E. Dr. Habtamu also noted the importance water quality for food security and the importance of shifting from fossil fuel energy sources to green energy which can be harnessed from hydropower, solar, and wind energy
On the occasion, H.E. Ambassador Mulu Solomon as chair of the conference committee on her opening remark noted the day to be a special day to strengthen Africa’s resolve to build a better Africa for the coming generation, adding a prosperous Africa to be a great benefit to the world. H.E. the Ambassador also noted that a prosperous Africa can only be envisaged with unity, peace, and integrated Actions. 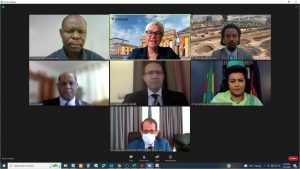 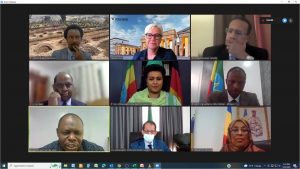 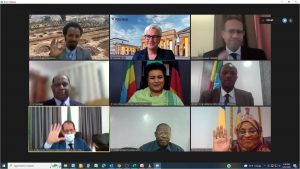 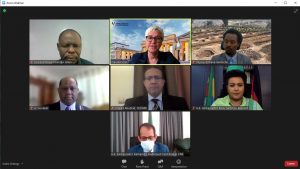 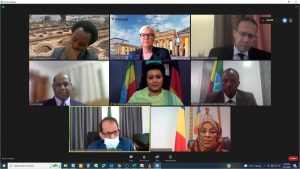 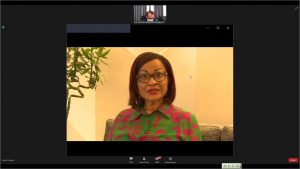